Churchill's Annual Presentation Evening took place on Wednesday 11th September 2019. The evening celebrates the successes of the Academy community over the previous year, with awards focused on the exam results from Years 11 and 13 complemented by prizes for for service to the community, for progress and improvement, for compassion, for resilience, and for attitudes to learning.

Our guest of honour this year was James Hemming. A former Churchill student, James has gone on to a successful career in the media industry as a television producer and director. James specialises in natural history programme-making, including underwater diving. He has made programmes such as Shark Bites for CBBC, Thailand: Earth’s Tropical Paradise, Wildest Middle East and Wildest Indochina for the Discovery Channel, and the Animal Babies: First Year on Earth series for BBC2 which followed baby Elephants, Mountain Gorillas, Sea Otters and Arctic Foxes as they made their way in the world. James handed out the awards and gave a fascinating speech, explaining how his education at Churchill had helped him in his career and providing helpful words of inspiration to students and families alike.

Chair of Governors, Maggie Mooney, joined the presentation party to award the Headteacher's Prize for Best Overall Performance at GCSE to Jasmine Rooke, who achieved ten grade 9s in the summer. The final award, the Captain G. J. Picton-Davies Cup for Best Overall Performance at A-level, was handed to Isaac Burchill, who achieved 3 A* grades in his A-levels and has secured a place to study Architecture at Bath University.

The audience of families, friends, staff and Governors, including two ex-Headteachers, Dr Wratten and Mr Kirkup, were also treated to musical performances from Peter, John and George Skeen, and a final piano solo from Jordan Walters, who received the Tony Bullock Memorial Prize for music.

Congratulations are due to all our students on their achievements over the past year. Please see below for a full list of prize-winners from 2019. 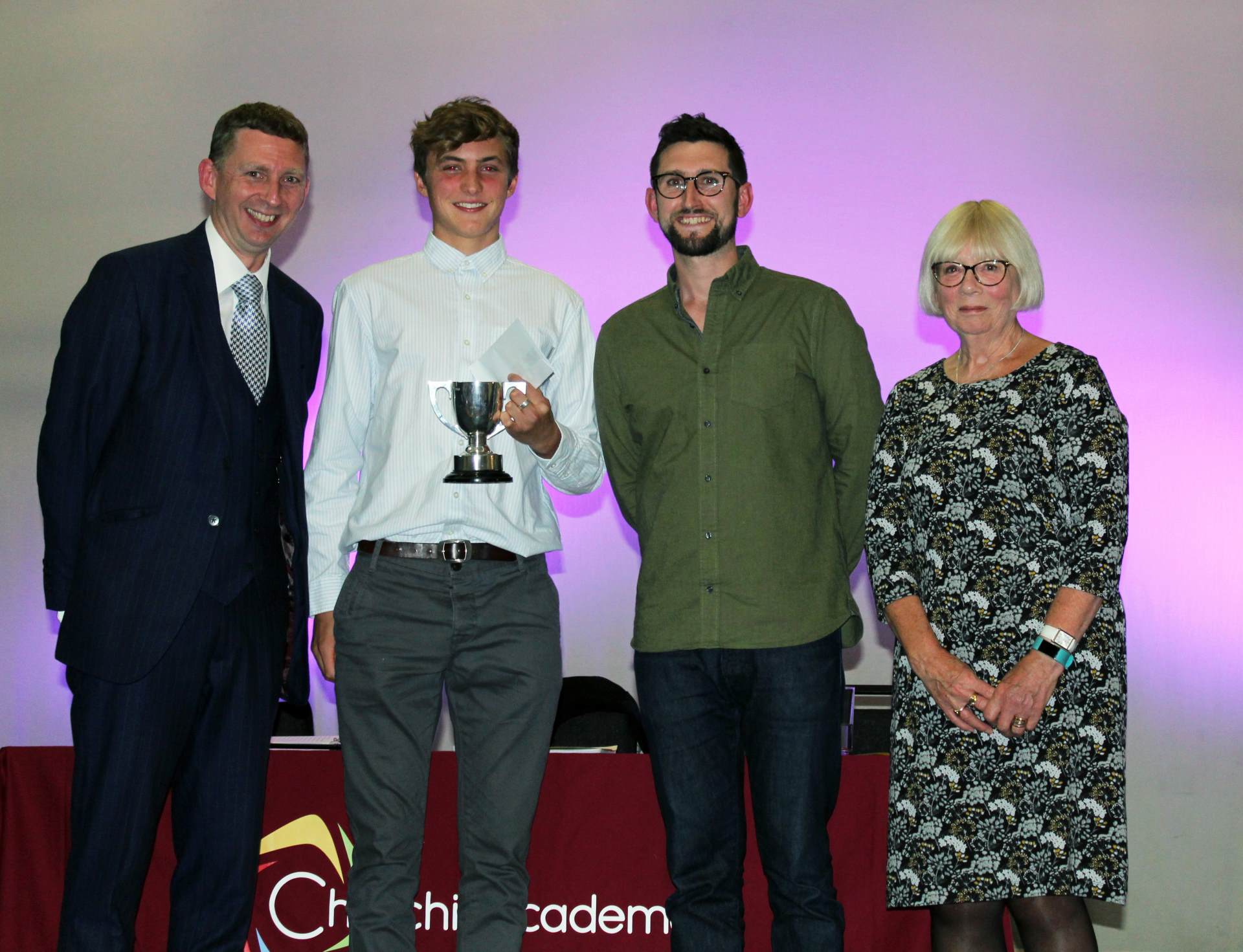 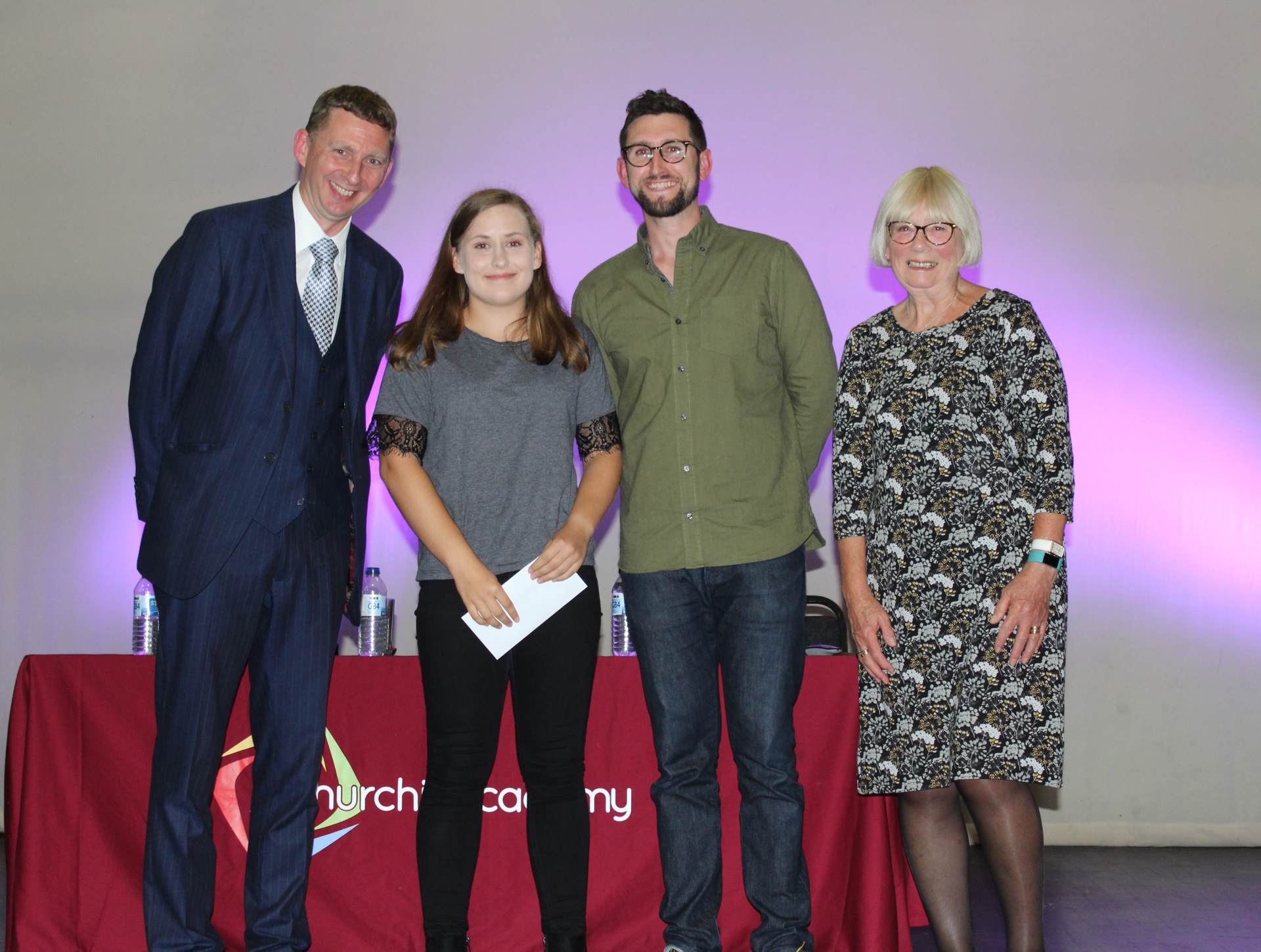