Sports Day is one of the highlights of the Academy calendar, and this year was no exception!

On their debut in the pavillion, DJ Miss Dunne and MC Mr Hartley kept the crowd entertained throughout with some excellent tunes, sparking spontaneous impromptu dance-offs and, at one point, a mass cha-cha slide which had to be seen to be believed.

Out on the field of competition, the action was no less impressive. The hard-fought tug-of-war competition saw some epic battles of will, determination and brute force, with Tudor eventually lifting the tug-of-war trophy in the final awards ceremony.

In track and field, eighteen house records were broken, and four school records - one of which had previously stood since 1989! Details of the record breakers can be found below.

Although Hanover had led throughout the morning session, Stuart began to pull away in the afternoon. Despite some strong relay performances, and victory in the Year 7 and 8 competition, Hanover couldn't catch them, and Stuart retained the Sports Day trophy for the third successive year.

Above all, it was the house spirit and pride which shone through - staff and students working together to make Sports Day 2019 a great success. Bring on 2020!

School and House records broken in 2019 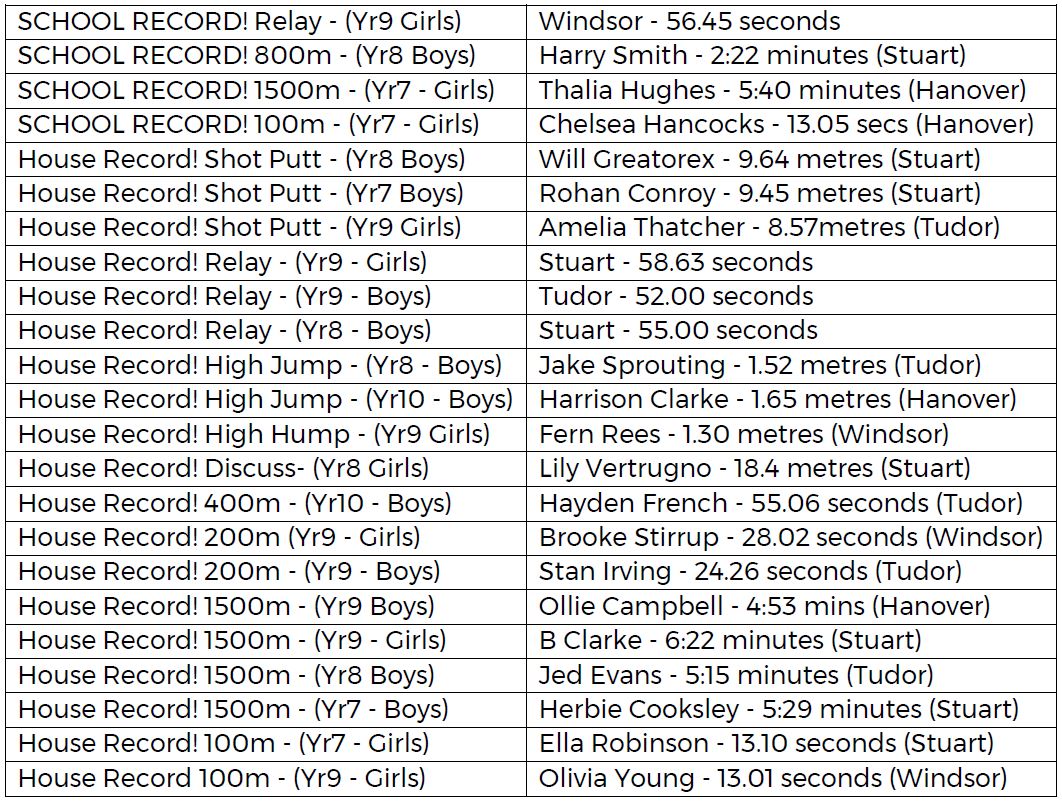