The fourteenth annual Churchill Music's Young Musician of the Year competition took place on Monday 9th May 2022. Displaced from its usual January slot by the pandemic, the audience enjoyed a bright and warm evening of music making at St John's Church, with nine musicians presenting and performing short programmes of works for their chosen instruments. 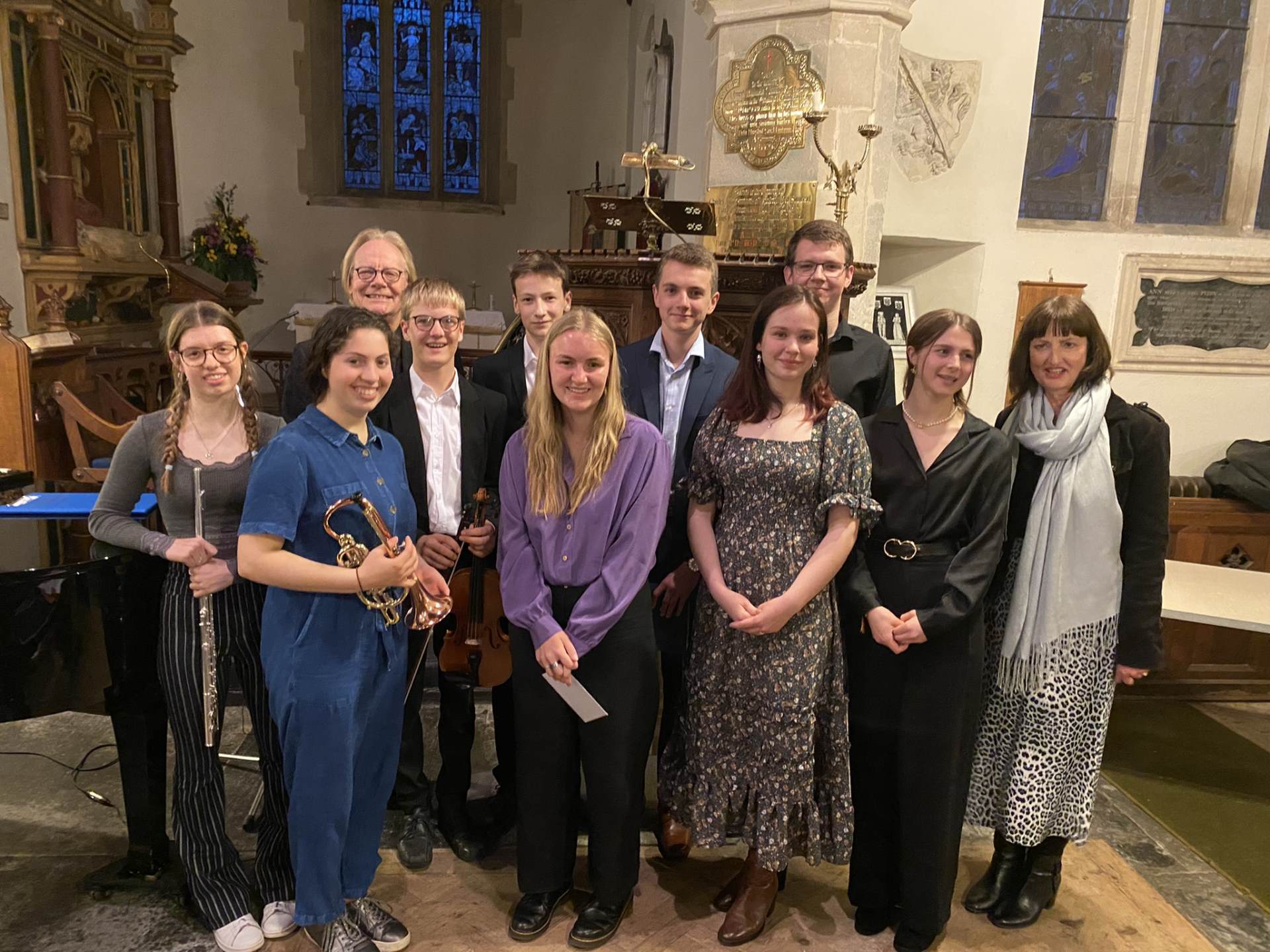 Competitors included three vocalists as well as performers on clarinet, cello, violin, flute, cornet and alto saxophone, with repertoire from the baroque to the modern. Performances were judged by three professional musicians - Richard Crabtree, Elizabeth Glen and Adrian Trapp - who presented their feedback and adjudication after a performance from the Chamber Choir.

The Ursula Dornton Vocal Prize was awarded to Gemma Partridge (Year 11) for her rendition of a traditional Irish folk song, "My Lagan Love," and "My House" from the musical Matilda.

The Churchill Music Junior Trophy went to Max Taylor (Year 10) for performances of three pieces on the clarinet, whilst the Churchill Music Audience Trophy vote winner was Martha Withers (Year 12) on flute. Her solo, unaccompanied performance of "Kerry" by Hilary Taggart was especially spellbinding.

An emotional Bori Gunyits was awarded the Raymond Hayter Song Prize by Paul Harrison, who came out of retirement to present the trophy. Bori, who has recently won a place at the Guildhall School of Music and Drama, performed moving pieces by Schumann, Bartók and Fauré which captured the harrowing emotions of war, inspired by the conflict in Ukraine.

The evening concluded with the Churchill Young Musician of the Year Trophy, which was awarded to Peter Skeen (Year 12). Peter's cello playing showed the full range and variety of the instrument, with his performance of the modern "Julie-O" by Mark Summer demonstrating huge technical skill and musicality.

This latest event in the long history of partnership between Churchill Music! and Churchill Academy & Sixth Form shows that music continues to go from strength to strength, enriching the lives of performers and audiences alike. Long may it continue!